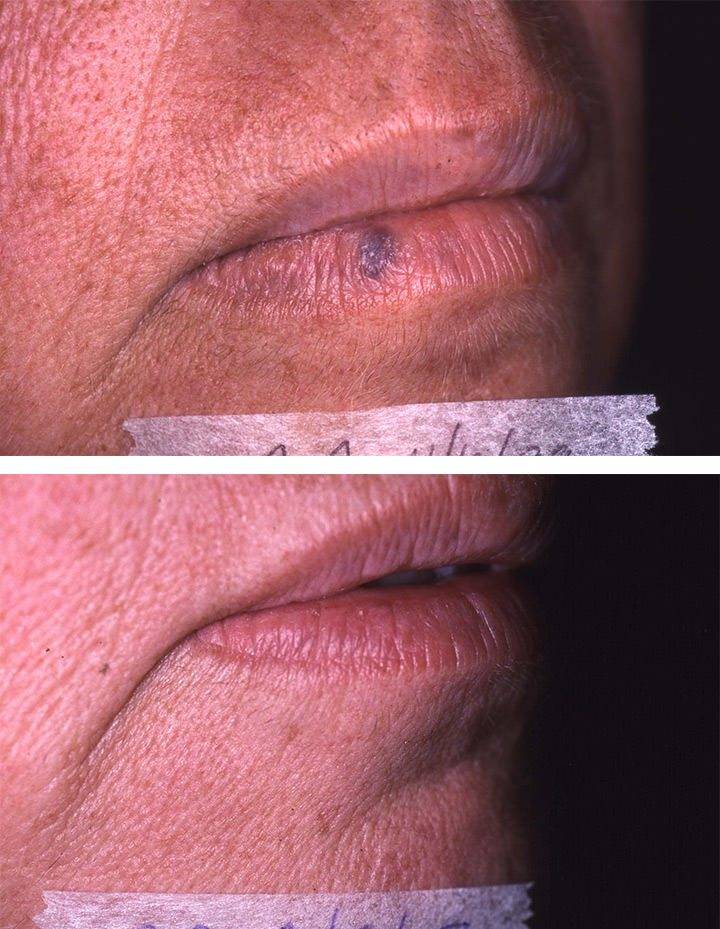 The term ‘skin mole’ refers to a coloured spot on the skin. It may be flat, raised or a small lump. Not all moles are the same so it is important to have your moles examined by a qualified doctor to determine if it is suitable for treatment.

There are a few ways of removing moles such as cryotherapy, electrocautery RF, surgery and laser.

Áda specialises in laser treatment that can also be an alternative to surgery by scalpel, for removal of small skin tags, ‘moles’ and other benign skin lumps.

Why use laser for mole removal?

Some of the advantages of laser over surgical excision are:

What type of laser is used for mole/lump removal?

There are several lasers available at Áda for this work. Our doctors will determine the most suitable type of laser for your skin.

Some of the lasers used for mole removal include ablative lasers such as the Erbium YAG laser, carbon dioxide laser and KTP laser.  For flat macular “moles” the Ruby laser or Nd:YAG lasers may be used.

Are all ‘moles’ suitable for laser treatment?

No, some pigmented moles are nevi and will not be suitable for laser treatment.

Moles that are suspected to be skin cancers or melanoma are not suitable for laser. They should be excised and sent to pathology to confirm diagnosis.

Larger ‘moles’ may not be suitable for laser, as the risk of scarring increases.

In many cases it will be a permanent result.  However, where the ‘mole’ has deeper roots within the skin then recurrence is possible, laser treatment does not give you any proof that all the deeper portions of mole have been removed. Regrowth of some of the treated mole may occur over several weeks to months after treatment. Hence, no guarantee can be given for permanent removal.

If you have moles you would like removed, or for more information, please call us on 02 9552 1442 or book a consultation.

Do you have a question?

The friendly team at āda aesthetic medicine looks forward to meeting you. Contact us today at one of our clinics or enquire online.

Our Glebe practice is easily accessible by train and bus. There is metered street parking available.

Dr Peter Muzikants only travels to Wollongong twice a month and takes consultations there on Thursdays. If you'd like to request a consultation in Wollongong, please ensure you select the right location when enquiring.

Wondering how much injectables cost?

Download our free guide to find out; the costs involved, common measurements required, a comparison of providers, and much more!